Sometimes I Judge A Book By Its Cover

I looked forward to reading The Signature Of All Things, I think mostly because I am a sucker for a gorgeous cover. I read it a few weeks ago and originally wasn't going to blog about it, but I changed my mind.

I don't tend to post about books unless I really liked them, and my feelings towards this book changed a number of times. I never disliked it, but it was a question of whether or not I liked it enough to blog about. In the days after having read it, I began to retrospectively enjoy it more and more. In many ways it is a quiet book, and it took a little space for me to fully appreciate that.

Elizabeth Gilbert has been branded, for better or worse, as the author of Eat, Pray Love. I am sure there are plenty of people out there who will snobbishly never read this book because of that fact. And I am almost as sure that those same people would be horrified to hear that Gilbert's writing  reminded me of A. S. Byatt at times. It was a lighter read than Byatt,  but the sense of the world created, the pace of that world and the people who populate it was similar to The Children's Book or Morpho Eugenia. It was really nice to sink into that world each time I opened up the book.

I thought this was a really lovely book. It said some things about women and society and ideas in a subtle way which I liked, and overall it was a nice read. It was uite well paced and skillfully written, and has a beautiful cover.
Posted by Girl Booker at 1:20 PM 1 comment:

Shall I compare thee to a Summer's day?


The last book I posted about here was Lolita. A book all about cleverness and mental dexterity and quite proudly not about emotion, sentiment or meaning. In comparison,  The Lowland made me feel so deeply that I am struggling to find the words to explain it. I can say that I am sure the power of the book lies in Lahiri's ability to manipulate a reader's feelings, just as Nabokov's genius is in his ability to manipulate language. I read a lot of it while traveling to and from work, and there were several occasions when I almost cried on the train. It was so sad but it was so beautiful that I couldn't put it out of my thoughts, I had to keep reading. 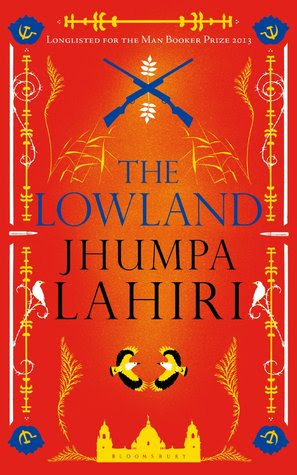 Another book I found myself comparing The Lowland to was Barracuda. Both books are, among other things,  about a character who has done a terrible thing. Something that some may find unforgivable. Both characters try to live with this new, terrible version of themselves, and this forms a large part of our understanding of their respective natures. What I found so striking about this parallel is that the two characters in question take divergent paths from this point - one to healing and a sense of peace and self worth, the other to the brink of suicide. I found both responses utterly believable, which only made the question "what would you do if it were you" all the more urgent.

Since this is a post of comparisons I will add a final one: Edith Wharton. Lahiri's  and Wharton's characters seem bound equally by fate and social conventions in the decisions they make and the paths they choose. This, in my opinion makes everything even more tragic. As a modern reader, it is possible to see another way, another choice. To see this and know the protagonist cannot adds a piquancy and a sadness to the experience. So in summing up I suppose I can only reiterate how beautiful The Lowland is, and how much it gave me to think about. It was an absolute treasure of a book.

Five melancholy teardrops out of five.
Posted by Girl Booker at 3:33 AM No comments:

Not THAT Sort of Girl

When I first read Lolita, over 10 years ago, I loved it so much that I declared it to be my favourite book.  I added it to my Classics Club list because I was curious to see whether or not I'd still feel the same way about it almost a decade and a half later.

The verdict is in: I don't. I had a lot of fun re-reading Lolita  and I think it's fantastic. I still appreciate all the things I originally loved about it but I'm after a different reading experience these days. Lolita is a book of tricks and games. The sounds of the language and the rhythm of the words are truly brilliant. It's like every word is edible, delicious, delectable.

What Lolita lacks, however, is a sense of purpose beyond the play. As Nabokov explains in his afterword, there isn't supposed to be one, but that didn't stop me wanting it. I think the book could have been truly spectacular if Nabokov had decided to add yet another layer to it. At times I grew a little tired of the trickery and wanted something I could ponder, or something I could feel besides wry appreciation.

Tampa has been touted as the new Lolita. The only thing they have in common is that the narrator is a paedophile. Which might sound striking if you haven't read them, but in an odd way, this is almost irrelevant. I could go on a big discussion comparing them but the more I think about it, the more they are trying to do completely different things as works of literature. So I will conclude by saying that I liked them both for totally different reasons, and I'm not sure I could say which I preferred.
Posted by Girl Booker at 1:13 AM No comments: